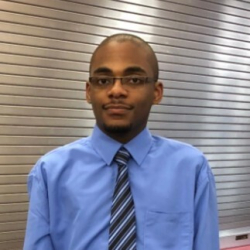 Jaden Hasse
A hardworking college student with an interest in books, music, and video games. Particularly anything in the metroidvania and JRPG genre. Originally started with Pokemon Crystal way back on his Gameboy color. Since then he's gotten a PS2, Xbox 360, PS4, and his own gaming PC. Favorite series are Shin Megami Tensei, Persona, Hollow Knight, Dark Souls, No More Heroes, and The World Ends With You.

Nendoroids are some of my favorite figures to buy. I love their customizability alongside being affordable. They fill the same niche as Funko Pops! in that they cover a wide range of options for an excellent low price, but Nendoroid’s chibi style has always appealed to me more.

When I learned that they were making Nendoroids for one of my favorite games, I practically jumped through the roof with excitement. Persona 5’s art style lends itself well to Nendoroids, so it was a match made in heaven.

After all, my time spent browsing Good Smile’s website and Amazon, I’ve become quite familiar with what makes a good one and where to find the best deals for it. So let me share my expertise with you!

We all know him! We all love him! He’s the beating heart of the Phantom Thieves and the hero who comes in at the last second to save the day: Joker! The Nendoroid is average in a good way. It meets all the standards you want from a figure.

It’s got good detailing on Joker’s messy hair and attention to detail, like a faceplate that comes with red eyes, a detail Atlus themselves often overlook. The thing I dislike about it most are the hands that come with the Nendoroid.

While some of the hands have fingers, a few others don’t. It makes it look like Joker’s wearing mittens. Not only does it detract from the accuracy of the figure, but the mittens are put front and center, which makes them hard to ignore.

Ann has some diehard fans, and I understand why. Her emotional resonance at the beginning of the game with Shiho gave her enduring popularity. She often features in crossovers and gets a lot of merchandise.

Sadly, this merchandise varies in quality, and this Nendoroid doesn’t manage to reach the top due to some glaring issues. The biggest of these issues is that Ann doesn’t translate into a Nendoroid very well.

Nendoroids all have round chibi bodies, but Ann has a tall and slender body. It stops the Nendoroid from being an accurate recreation of the character, which defeats the point of buying the figure.

Akechi is a fan favorite in the same way Sasuke is a fan favorite. He’s calm, cool, collected, and edgy. I like that this Nendoroid uses his red and white Robin Hood outfit instead of the black and blue one. It gave Good Smile the opportunity to really make the figure shine through the outfit’s detailing.

The figure has multiple gold parts, like the epaulets, buttons, belt, and gun, and all of it is painted with metallic gold paint. I also like what they did with his hair, starting a lighter brown at the roots but getting darker as it goes down.

That detail is something often overlooked in official artwork, so I’m glad Good Smile got it right. The amount of effort put into Ryuji’s hair is astounding. It’s almost point-to-point matching with what we see in the game.

Ryuji is the ultimate wingman, your brother from another mother. Lightning bruisers are frankly overdone in Persona, considering this is the 3rd one in a row, but Ryuji makes up for his stale powerset with his character. His significant emotional resonance is with Kamoshida, but he’s beloved because he’s the guy cheering you on.

This has to be one of my favorites of the Persona 5 Nendoroids for the simple fact that Good Smile didn’t turn his hands into mittens! The hands that come with the figure actually have fingers, even when he’s holding something! This shows that Good Smile is capable of doing that, so I wonder why it was only for this figure.

Makoto is a fan favorite, and I appreciate her as much as the next guy. She’s excellent in a fight and can heal and dish out either physical or elemental damage. While Kaneshiro may have been where she joined, her best showing is during Sae’s palace. It’s great seeing her witness her sister’s distorted desires.

I’m seriously impressed by the detailing on this Nendoroid. The studs and buttons, and even the laces from the game, are all shown on the Nendoroid. Good Smile even went as far as to make it so that the lines extending from the torso and the legs match up to show Makoto’s wearing a jumpsuit, despite them being separate pieces of the figure.

I can understand why some people don’t like Morgana. He has the misfortune of being a narrator, so you’ll get really sick of hearing him say the same things every battle. His character arc is the same as Teddie’s from Persona 4, and he’s the guy Atlus decided would enforce the game mechanics, like the player needing to sleep.

Despite that, I love Morgana because he’s the cutest member of the cast. The Nendoroid does the little cat justice by recreating almost everything from the game. He comes with a slew of facepieces that range from his neutral expression to his more cartoony gleaming eyes. He even gets the chair and cigar from his all-out attack finish screen.

I can’t complain about his hands being mittens because they’re like that in the game. Even things that I never noticed, like the buckle on the back of his mask, are present.

I was surprised to find that Yusuke is a fan favorite online. He was basic, and the game kept repeating the same starving artist joke to the point it was annoying (granted, the game does that with every character’s gimmick). I was surprised to see he was the boy most people.

My favorite thing about this Nendoroid is the katana, which can be unsheathed. And the Nendoroid is capable of holding the katana whether sheathed or not. The blade of the katana also has this wonderful metallic paint on it that makes it more reflective, really selling the idea that it’s made of metal.

Are you familiar with the term gap moe? It’s a Japanese term, like tsundere, but it refers to those whose initial impression is different from what you get. Whether you knew it or not, Haru was gap moe. She’s the softspoken gardener who wields a battle axe and grenade launcher, taking sadistic pleasure in exterminating shadows.

That already makes her more interesting than many of the one-note characters. Haru’s design lends itself well to Good Smile’s chibi aesthetic, but it’s not without flaws.

The biggest one to me personally is Haru’s hair. Something about it looks strange. It’s a solid brown piece of plastic with uneven waves, so it doesn’t look like hair unless you squint at it.

I’m not surprised the Persona fandom latched on to Futaba as they did. She’s the most interesting of the party members. She gets an entire palace with an in-depth backstory that’s super relevant to the plot of Persona 5. Futaba’s nature as a troubled, quirky gamer-teen is probably relatable to many gamers.

Her Nendoroid is different from every other in this guide because it uses her real-world appearance rather than her phantom thief one. While the overall quality of the Nendoroid isn’t bad, there aren’t any things I’m particularly excited about. The best thing about it is the faceplates because they have nice varied expressions.

The inclusion of Morgana’s real-world appearance as an accessory was also a nice touch. Outside of that, the Nendoroid’s basic and the problem of the character’s hands turning into mittens shows up again.

Question: Where is the Best Place to Buy Persona 5 Nendoroids?

Answer: I’d usually point you to Good Smile’s website, but I can’t do that with these Nendoroids because they’re all sold out. 2nd-hand resellers have jacked up the prices of those that are still on the market, so I honestly can’t say there’s any good place to buy them. If you’re willing to overspend, you can buy them on eBay.

Question: What is Persona 5?

Answer: Persona 5 is the fifth entry in the Persona franchise of video games made by Atlus. It follows a ragtag group of teens who take on the identity of Phantom Thieves to steal corrupt desires and fix the world.

Answer: Nendoroids are a kind of figure sold by the Japanese manufacturer Good Smile. They’re notable for having a chibi art style and being suited to posing with many accessories for that purpose.

Nendoroids are fantastic, and a lot of other people think so too. As much as I love Persona 5 and the Persona series as a whole, I couldn’t imagine spending the kind of money these resellers are asking for.

If you want to get your hands on these Nendoroids, you have to add them to your wishlist, and the moment they go live, you have to strike.

You could also take a look at Good Smile’s Pop Up Parade collectibles, which are statues rather than poseable figures. Thank you for reading! I hope this guide gave you everything you need to know to find the right Persona 5 Nendoroid for you!