Skip to content
Cody Perez
Cody is a writer who discovered the Persona series about 10 years ago. As a huge Pokemon fan growing up, he was recommended to check it out on his PSP. He started with the very first game and when in sequential order before catching up with Persona 3 Portable and Persona 4 Golden cemented his love for the series. He was proud to be able to eventually spread his passion into the Shin Megami Tensei series and be there in time for the launch of Persona 5, which is one of his favorite games of all time.
Latest posts by Cody Perez (see all)

The Persona series includes six mainline games that are hefty JRPGs. They have a ton of items for players to use in battle. Even still, this Persona items guide is going to go over every single one of them. We will let you know about the items that you should know about this series.

There are many different items that we will cover in this Persona items guide from across the series. Some are recovery items that you consume while others are equipable armor and weapons.

Still, other items are for enhancing you and your Persona, while others might be junk for earning money. There are literally hundreds of items to cover in this guide so let’s get started.

Skill cards can be used to enhance the player’s character or their Personas for battle with new skills and the like. Materials are the items that you can use to craft items in Persona 5. Junk and treasure items are just there for selling to shops to earn more money. And, last but not least, there are DLC outfits to equip to change up the character’s look.

Here is the full list of the categories we will cover in this Persona items guide: 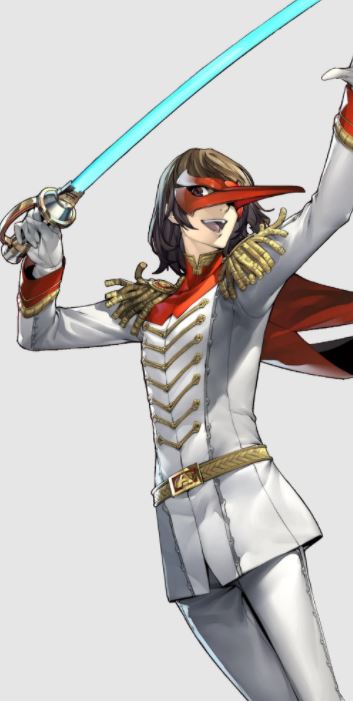 There is an insane number of items that are available in the Persona games across the series. With games that are able to last longer than 100 hours each in some cases, this means a lot of items to find and use in the games. Items are a common part of any JRPG series.

You are leveling up and participating in turn-based battles in the Persona games like other series. This includes using skills, attacking, changing out party members, and so on. This also, of course, includes using various items to get the job done and win in the fight.

Items are less-talked about and flashy part of the combat system in Persona. However, there is no doubting the importance of these items since they are so useful and necessary in some cases. Items can fill the gap of healing in a turn when you know that you are on your last legs in a lengthy boss fight.

Items can also turn around a fight where you do not have the elemental weakness easily available for an enemy. Items are also crucial as they can be equipment to boost your overall stats and help you do better. There are so many different purposes and reasons for needing the Persona items. Because of this, there are literally hundreds of them in the series.

All Categories of Persona Items

For the most part, we are going to be using the complete set of items from Persona 5 Royal. As the most recent mainline game, it has some of the most items in the entire series. This even includes almost all of the items from all previous games and then some.

You will see many of the consumable items from Royal in the past games plus some new ones that are exclusive to only this title. This is a great jumping off point since it will offer the best look at all of the main items that you should know about in the Persona series.

We will also do a quick breakdown of many items to let you know what it does and what it is for. If it is a consumable item, for instance, we will quickly note in the list how much health it recovers and so on. We will also quickly break down each of the different categories and what you should know about them.

The consumable items are ones in the game that you can, well, consume. In general, these will grant you recovery to your health or SP (used for kills) but there are other purposes to them. Some of the skill items will deal damage to foes or cure a status ailment.

Here are all the consumable items you need to know about:

Weapons are who you deal damage to enemies in the Persona games. Without them, you will not have the attack stats to get the job done. Here are some the weapons that are featured in the Persona games. The first stat is how much its attack power is while the second is accuracy, or chance of hitting.

The armor that a character wears will increase their defense against enemies in battle. They are necessary if you wish to survive long enough to win the fight.

The first stat for armor is defense while the second is evasion, which is the possibility of avoiding a hit. It is worth noting that some armor is only wearable by certain characters or genders.

Accessories are extra pieces of equipment that you can wear in battle. Some of them will grant extra points towards a certain stat while others might protect from various attacks. Accessories may not be as flashy or necessary as weapons and armor but they are not ones to be ignored, either. They can make the difference in battles, especially ones with immunity to certain elements.

In these games, players have a Persona and their own player character. Both the main character and their Personas have abilities that they can use. The skill cards let you add new abilities to your character or a specific Persona. This could, for instance, make a recovery-focused Persona have attack skills and vice versa. They are extremely useful one-time-only items.

One new item in the Persona 5 games is material. In these games, the player is able to craft items to help with the dungeon exploration.

Some of these crafting items are good for picking locks on chests and changing elements of exploration. To make them, the player must have materials.

These material items can be gathered in battle or bought.

There is not much to the junk or treasure category. You can pick up these items while exploring or fighting enemies. They have no purpose to them whatsoever besides selling them to shops for lots of money.

Everyone in the Persona games has their own look to them. What you can do in Persona 5, though, is change the outfits of the main characters.

This is mostly only used for dungeons, though. Most of the outfits are also locked behind paid DLC in the game or part of the Royal package.

Question: Why is there a heart next to my Persona?

Answer: Occasionally while you are in the Velvet Room fusing Personas, you will receive one with a heart next to its name. When this happens, it means that the Persona will offer an item to you. This only happens, though, when the Persona levels up and learns its final skill.

Question: How do I get Imprisoned Mjolnir?

Answer: Imprisoned Mjolnir is one of the best weapons in the game for Ryuji only. To get it, you must execute for Thor in the Velvet Room while the alarm is going off. Doing so will give you this item.

Question: What type of gun does Kasumi use?

Answer: The gun that Kasumi uses in the game is a carbine gun that is similar to the Winchester-style carbine.

As you can see, the Persona items guide was vast and huge. There are a lot of items in the series across the main games. Thankfully, they share many of the same recovery and enhancement ones. This should even give you a good idea of what items Persona 6 will have when it comes out in the future.

Speaking of Persona 6, that is one of the most anticipated games for many players out there. As such, we broke down the Persona 6 release date and speculation for you to check out. This is our most thought-out idea of when we could see the next Persona game and what we want and predict it will have.