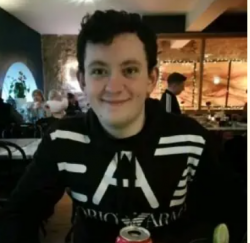 Eoin Black
At the bright young age of nine years old, Eoin played his first-ever video game and has never looked back, turning his passion into a profession. Despite investing serious time into Esports, Eoin always found himself returning to narrative-driven games, vowing to one day make it as a narrative designer himself.

Neko Shogun is my favorite early game Persona in Persona 5 Royal and regular Persona 5 for that matter. He single-handedly carried me through both Kamoshida’s and Madarame’s palaces on my first ever playthrough, thanks to his ability to learn Invigorate early on.

Invigorate is a passive skill that regenerates SP every turn. Neko Shogun learns Invigorate 1, which regens 3SP per turn in battle. That might not sound like much, but when you’re at the very start of the game with barely enough SP to scrape by, being able to passively regenerate it is a massive deal.

That’s why I’ve put together this Neko Shogun Persona 5 Royal guide. I’m going to run you through my favorite early game Persona in detail. Including how you should use him, a bit about his backstory, as well as how you can fuse one with Dekaja for the rank six Strength confidant.

According to SMT lore, Neko Shogun is a divine general that is portrayed in the image of a cat. It’s said that he was a Chinese military general named Mao Shangshu that, at one point, conquered Vietnam. For his victories, people built a temple for him and began to worship him as a god.

From what I can gather, this story is entirely fictitious and was created for the sake of SMT and Persona. I can’t find any record of Mao Shangshu, or a cat general. The closest thing resembling the story I was able to turn up is from Tianjin. According to this story, an anchor was worshipped as a guardian deity of ships.

Over time, due to similarities in the language, this turned into a cat god called Tetsuneko Shogun. The sources for this information are spotty, but it’s the closest thing to real-life I could turn up.

Neko Shogun’s stats are as follows:

Neko Shogun’s regular electric chair item is called Catnap. It’s a ranged weapon for Morgana that has an attack stat of 150, accuracy of 90, and five shots. It also has the added ability to have a medium chance of putting an enemy to sleep upon contact.

If you sacrifice Neko Shogun to the electric chair during a fusion alarm, you’ll get the Cat Buster instead of the Catnap. For the most part, the two ranged weapons are identical.

Both have the same accuracy, number of hits, and the same chance to inflict sleep. The only difference between the two is that the Cat Buster does slightly more damage at 170 rather than 150.

Neko Shogun’s Persona Trait is Pinch Anchor. Normally, Pinch Anchor is a great trait. It allows you to use ambush-only skills after a Baton Pass regularly in combat.

That’s brilliant on paper, but Neko Shogun doesn’t learn any incredible ambush-only skills naturally. He’s also not nearly good enough to justify going through the process to get those skills onto him via fusions and inheritance.

Neither of these is particularly strong, although it is nice to see a little bit of natural synergy between Neko Shogun’s trait and skills.

Speaking of skills, these are the ones that Neko Shogun learns naturally while leveling up:

How to Unlock Neko Shogun

To gain the ability to fuse Neko Shogun, you need to unlock rank one of the Strength Confidant by speaking to Caroline and Justine. This will happen naturally at the beginning of Persona 5.

They ask you to show them a Jack Frost with the ability Mabufu, which is an easy task to complete as Jack Frost learns Mabufu naturally at level 12.

Neko Shogun is actually a required persona for a later rank of the Strength Confidant. At rank six, the twins will ask you to bring them a Neko Shogun with Dekaja.

This can be done by leveling an Anzu to level 28, at which point it learns Dekaja. You can then fuse that Anzu with Kodama and Sudama to create a Neko Shogun that can inherit Dekaja.

Neko Shogun is one of my favorite Personas to use in the early game, mainly because it’s the first Persona to learn Invigorate. During the first few palaces in Persona 5, SP management is a pain.

There are very few early items that can restore SP, so having a Persona that passively regens it is worth its weight in gold – especially for a first playthrough when you have to actually grind out the dungeons rather than speed running them.

Aside from that, early access to Diarama is great, and it’s also one of the first Personas that learns a Psy skill. On top of that, having resistance to Electric and physical damage is phenomenal as a lot of early-game shadows deal those types of damage.

Neko Shogun does get power-crept as you push into the middle game, but for those first few palaces, it’s an incredible Persona that will help sustain you through several long dungeons.

Truth be told, Neko Shogun’s position as an SP engine means that he pairs incredibly well with any other Persona, as long as that Persona deals non-physical damage.

Even then, you have access to Diarama, so you can still make sure you’ve got health to draw on as a resource, granted that one isn’t passive like SP is with Invigorate.

With that being said, there are two particular early game Personas that I like pairing with Neko Shogun quite a bit. You definitely don’t need to be this meticulous about your Persona usage, but it might give you an idea of how to pair your own Neko Shogun yourself.

Makami is found in Madarame’s palace, making it one of the earliest accessible Personas in the entire game. This is important because it’s the first Persona capable of learning a Nuclear-type attack.

This means you’ll be relying on Makami for any enemies that are weak to Nuclear. Now, there isn’t a ton of them at the start of the game, and getting Makoto after Madarame’s palace eases that burden, but it’s still something of a bottleneck you need to contend with early days.

If you end up leaning on a Persona like Makami, you’re going to be running out of SP very quickly. Being able to swap out to a Neko Shogun both for healing and SP regeneration makes aggressive strategies a lot more sustainable.

Anzu comes a little bit later on in the game during Futaba’s palace. He’s also the Persona needed to fuse Neko Shogun with Dekaja.

Despite this, he’s a create Persona that works side-by-side with Neko Shogun to enable you to play a support-style setup.

Anzu gets to learn Masukukaja, which is a party-wide agility buff for three turns. That’s incredibly powerful and almost mandatory for harder boss fights and on higher difficulties. On top of that, he learns Dekaja which nullifies any buffs your opponent has active.

Both of these moves are essential to winning long, drawn-out boss fights. Until you find a better Persona capable of attack and defense buffs later on, Anzu is going to be one of your best support options.

Throw Neko Shogun on top of that and you should be able to keep your party in good shape even in the worst of battles.

Question: How do You Fuse Neko Shogun with Dekaja in Persona 5 Royal?

Answer: Rank six of the Strength confidant has the twins asking you to bring them a Neko Shogun with Dekaja. Given that Neko Shogun doesn’t actually learn Dekaja, that can present a bit of a problem.

So, you’ll need to fuse a Neko Shogun using a Persona that already knows Dekaja, and inherit that skill onto Neko. The earliest you can do this is Futaba’s palace, so you’ll need to wait until you have access to that before you can complete this rank of the Strength confidant.

Once you have access to Futaba’s palace, you’re going to want to get your hands on Anzu. Anzu is a Hierophant shadow in Futaba’s palace and shouldn’t be too difficult to find.

After you get Anzu to join your party, you need to level him up to level 28. At that point, he’ll learn Dekaja and will be ready to fuse.

Once you have all three of these Personas, bring them back to the Velvet Room and fuse them. You’ll create a Neko Shogun, now just make sure you inherit Dekaja from Anzu.

Question: How do You Get Neko Shogun?

Answer: To gain the ability to fuse Neko Shogun, you first need to get rank one of the Strength confidant. To do that, you need to bring Caroline and Justine a Jack Frost with Mabufu.

Given that Jack Frost learns this skill at level 12, that shouldn’t be an issue. Once you bring them this Persona, you’ll unlock the ability to fuse Neko Shogun.

Answer: Yes, Neko Shogun is a very powerful early game Persona in Persona 5 Royal. He is the first Persona capable of learning Invigorate, meaning he’s the first method you’ll have access to for passive SP regeneration.

SP is incredibly scarce during Persona 5’s first few palaces, so having the ability to regen it every turn is worth its weight in gold. That skill alone is enough of a reason to use Neko Shogun.

That’s all I’ve got for you in this Neko Shogun Persona 5 Royal guide. I hope you managed to get something of use from it. Neko Shogun is one of the strongest early game Personas in P5R. Invigorate is incredibly powerful, and you really shouldn’t overlook it.

Don’t just take my word for it, though. Boot up a fresh run and see how powerful that passive SP regen is for yourself. It’s even stronger in the base Persona 5 game, too.