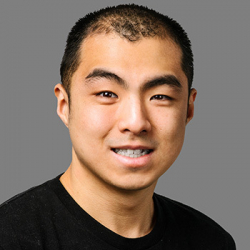 Kasumi Yoshizawa is one of many Confidants in Persona 5 Royal who represents the Faith Arcana. Starting her Confidant and getting to know her will allow you to strengthen your Faith-aligned Personas, and will be crucial for getting the most out of the story in the 3rd semester should you choose to unlock it. Before we journey into our complete Kasumi Yoshizawa guide, let’s look at her overall character and appearance.

Kasumi Yoshizawa is a new student at Shujin Academy who arrives on an athletic scholarship for gymnastics. She is a gifted first-year student who befriends Joker as he starts his school term at Shujin Academy. While they first meet early in the game, Kasumi is not formally introduced to Joker until May 30th, where the Faith Confidant begins.

As part of the Faith Confidant, you will learn of Kasumi’s skill in gymnastics as well as her current slump when it comes to competing. While she is still doing great in competitions, she feels that her performance isn’t at the level that it should be. You will learn more about Kasumi’s life, the pressure she gives herself and the struggles she faces on her way to become a gymnastics expert.

Kasumi will awaken her own Persona during the school year and will join your party briefly, providing Light elemental spells along with some decent physical attacks. However, she will not join your team due to story reasons and will only join your party if you have unlocked the 3rd semester.

Should one start the 3rd semester of Persona 5 Royal, you will learn that Kasumi is actually Sumire Yoshizawa, her twin sister who tried to become Kasumi after a terrible car accident took Kasumi’s life. Sumire, crushed by her despair, “became” Kasumi with the help of Dr. Maruki.

The narrative will then focus on what actually happened to Kasumi, the divide between the two sisters, Sumire’s own feelings and eventually, Sumire’s growth as a result of being able to accept who she is.

Starting the Faith Confidant will give Joker access to gymnastics skills that will allow him to avoid difficult situations in Palaces. Joker can learn Tumbling to avoid being ambushed if a Palace Shadow has snuck up on him, Chaines Hook to ambush enemies from a distance. Apart from the extra EXP gained by fusing Faith Personas, you won’t be able to access the remainder of the benefits until the 3rd semester.

Kasumi is first met on the train going to Shujin Academy. She offers her seat to an old woman but it is taken by an insistent passenger who isn’t caring about the situation. This is where she first meets Joker, but they don’t introduce themselves to each other.

While going to school and learning about Kamoshida for the first time, Kasumi runs into Joker again. Kamoshida tries to paint Joker as a bad influence, but Kasumi doesn’t believe this, even after Joker confirms his delinquent reputation in the school. 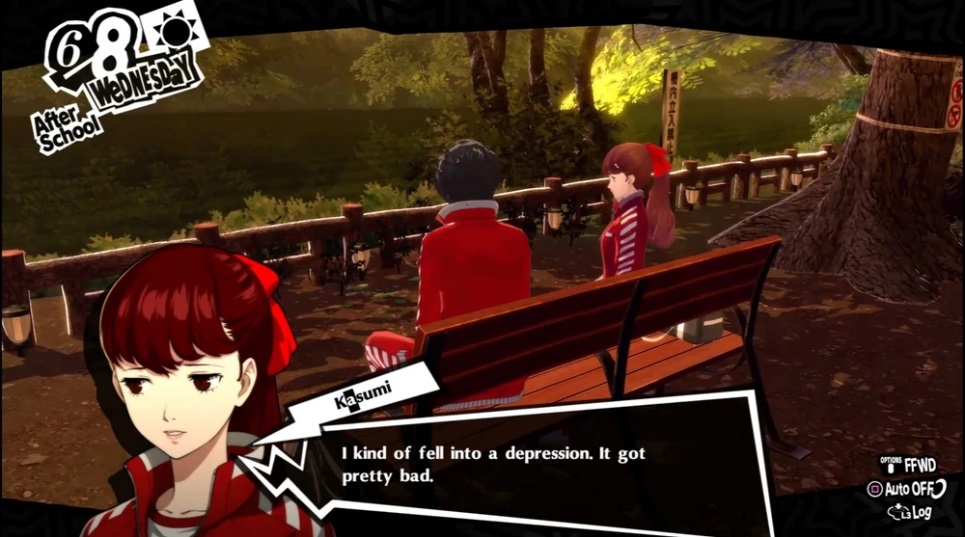 Joker and Kasumi later meet again during the school park cleanup on May 30th, where Joker learns Kasumi’s name from her school ID. She then introduces herself and demonstrates her gymnastics skills by grabbing a balloon in mid-air for a child. Joker demonstrates an interest in her gymnastics ability, and this begins the Faith Confidant.

Joker begins to act as an advisor for Kasumi in exchange for learning about gymnastics. At their first official meeting, Kasumi confides in Joker that she isn’t too confident in her gymnastics skills and can’t do anything too strenuous. It is there that she begins to work with Joker to get out of her slump and improve in time for the competitions.

Their next meeting is a lunch break after training, where Kasumi’s cooking skills are brought to light. The food isn’t bad, but it tastes strange. This does hurt Kasumi’s confidence, though Joker takes the time to reassure her that this is normal.

On their third meeting, Kasumi and Joker go shopping for a present for Kasumi’s father. They go through a series of options and Kasumi begins to doubt herself. Joker manages to get Kasumi to believe in herself and pick a gift, while also inspiring her to work harder for her next gymnastics meet.

On the final meeting of the Faith Confidant, Kasumi and Joker go to the local batting cage where Kasumi wants to demonstrate her reflexes. Unfortunately, she fails a few times but thanks to the encouragement of Joker, she finally manages to hit a ball. This helps Kasumi remember what it is like to work hard for the sake of others, and to carry that feeling onwards. 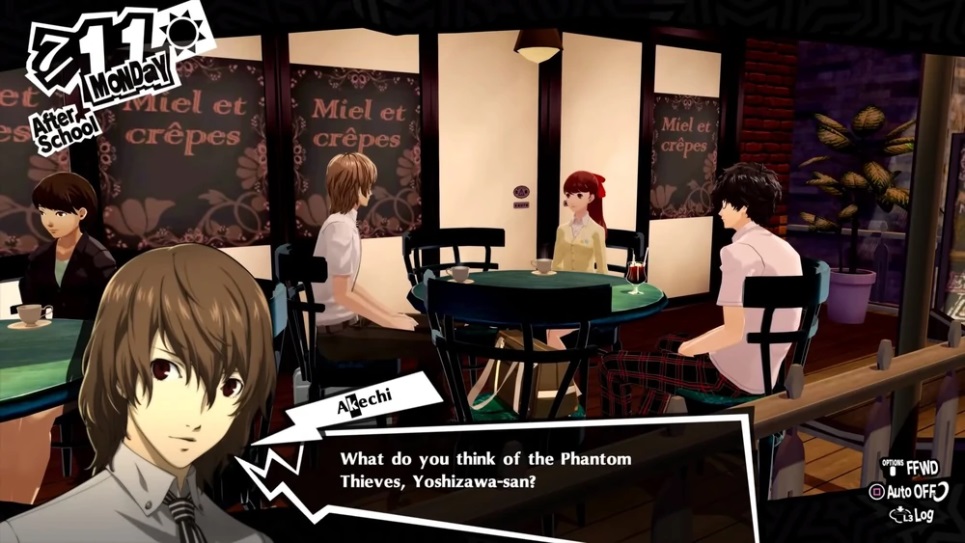 Regardless of the progression of the Faith Confidant, there will be talks about Kasumi (without ever mentioning her by name) and how the school isn’t satisfied by her performance. You are also introduced to Dr. Maruki’s interactions with Kasumi, and learn how she often visits his office.

On July 11th, Kasumi meets with Joker and Akechi. They have a quick meeting, where Kasumi reveals her thoughts about the Phantom Thieves and their actions. She is not initially supportive of the Phantom Thieves, believing that their way of going about justice is not the right path.

6 days later on July 17th, Joker spots Kasumi after hanging out with Ryuji Sakamoto and Yusuke at the summer fair. Kasumi discusses losing her sister while looking over at a facility that is under construction.

During the last day of the Hawaii trip on September 11th, she tries to surprise Joker at the airport while they are shopping for souvenirs. It is there that she actually meets the Phantom Thieves as a group, but not much is said as everyone is preparing to leave. 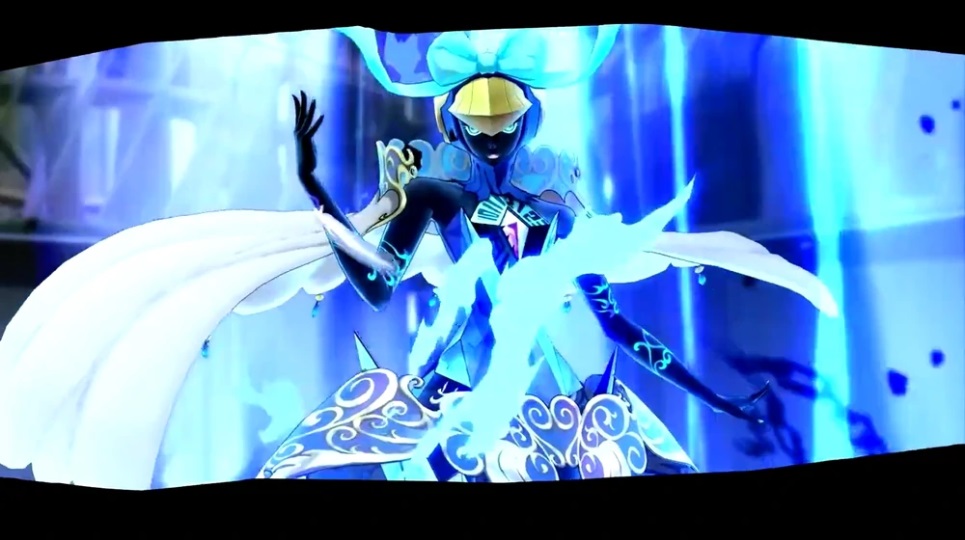 On October 3rd, Kasumi is in a meeting with some school staff and Dr. Maruki. Kasumi is told that her athletics scholarship could be revoked since her performance at the meet isn’t lining up with the school’s expectations. Dr. Maruki tries his best to convince the staff members otherwise, but Kasumi runs away after eavesdropping on the conversation after she leaves. She drops her lucky charm, which is noticed by Joker and Morgana.

The two manage to trail Kasumi to the facility where they met her on July 17th. The facility begins to react and the three are pulled into a Palace. Joker and Morgana run after her, where they encounter Kasumi being attacked by Shadows after meeting a cognitive copy of a girl she recognizes. The event allows Kasumi to awaken her Persona, Cendrillion, and she fights the Shadows with the help of Joker and Morgana.

Despite awakening her Persona, safely leaving the Palace and being invited to join the Phantom Thieves by Morgana, Kasumi declines the invitation, stating that she has other priorities and wants to focus on those first. The team does try to find out whose Palace they just entered, but Kasumi’s phone runs out of power just as they are able to learn the name.

As the Phantom Thieves are currently dealing with their own problems, further mention of the Palace is not brought up for the remainder of the event.

On October 11th, Kasumi has lunch with Joker and Dr. Maruki joins them after running into them. Maruki notes that Kasumi is much better now and she replies that it is thanks to Joker and his friends.

During the school festival, despite the Phantom Thieves facing a difficult choice when it comes to allying with Akechi, Kasumi brings Joker to the after party dance. She is successful in getting Joker to dance while having fun before he meets Haru or another romantic partner for the evening. 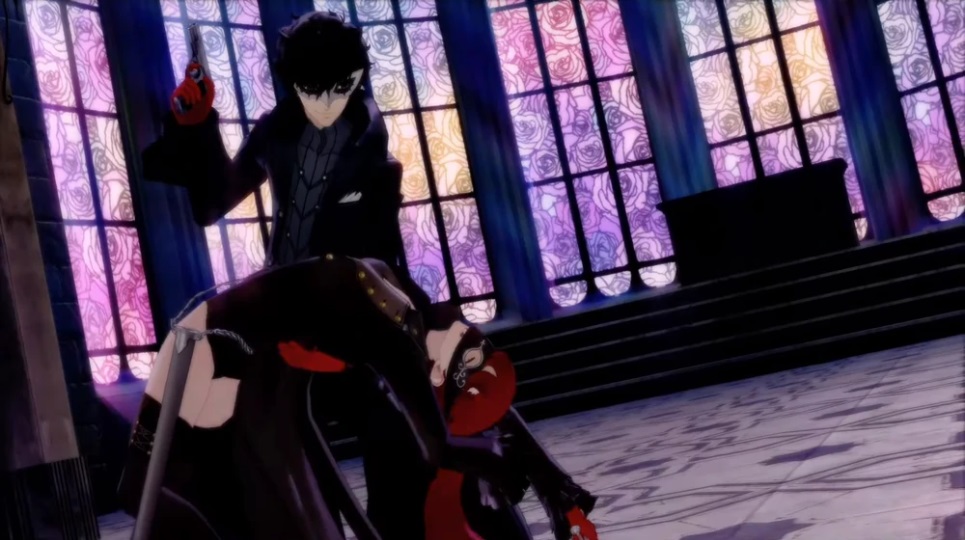 On November 17th, before the attempt to steal Sae Nijima’s Treasure, Kasumi meets with Joker and asks him if he is still going to be a Phantom Thief even after the public opinion has turned against them. Joker says that he will, and Kasumi offers her assistance.

During Joker’s diversion on November 19th, Kasumi appears to fight off some Shadows that are blocking Joker’s escape.

After Joker survives the interrogation and avoids getting killed (while his death is made public), Kasumi reunites with Joker and asks to assist him in his fight against Shido. Morgana is appreciative, but declines her assistance, noting the danger involved. 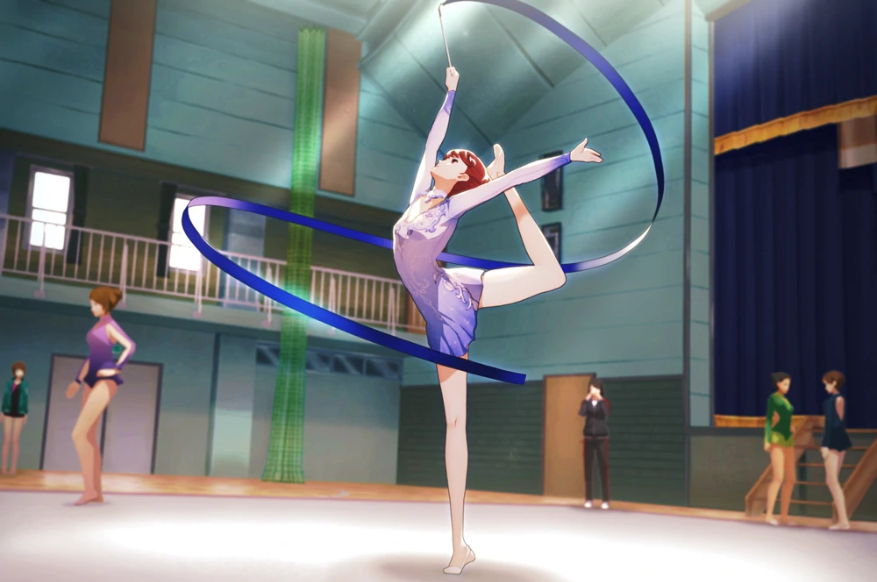 Should the Councillor Confidant be maxed out before November 18th, Kasumi will reunite with Joker during the start of the New Year. They will meet with the rest of the Phantom Thieves and Joker will soon meet Kasumi’s father before noticing that something is wrong with the world.

As Joker begins exploring the world with Akechi (who notes his own existence in the 3rd semester is weird), Kasumi alerts them to the presence of a new Palace, and the trio unite to explore it.

Their adventures in the new Palace reveal Kasumi to actually be Sumire Yoshizawa, and she turns against the team temporarily before being saved by the arrival of the Phantom Thieves. It is there that she truly leaves the Kasumi persona behind and tries to actually be Sumire.

How To Begin The Faith Confidant 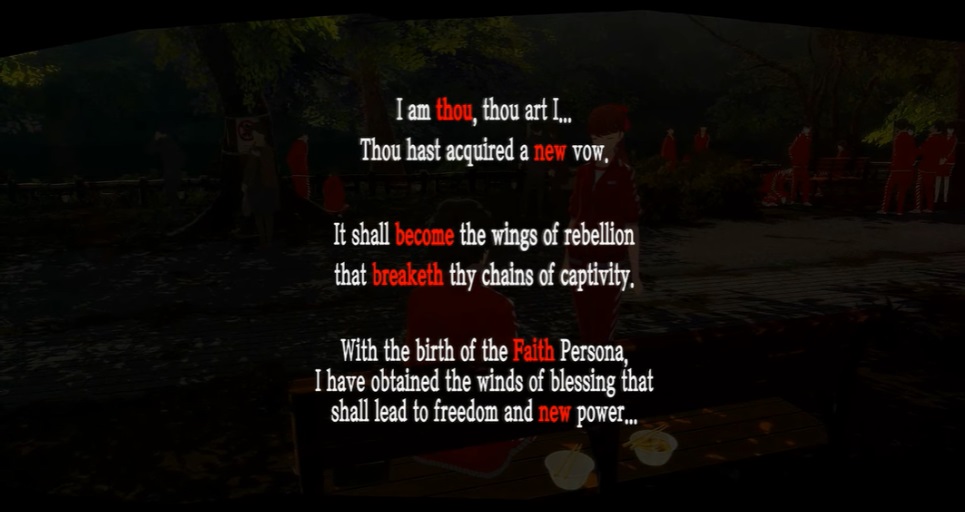 The Faith Confidant begins on May 30th, during the school cleanup. It is a story event and it cannot be missed.

The Faith Confidant is unique in that it will only progress to Rank 5 during the regular year. It will take reaching Rank 5 and completing the Councillor Confidant to unlock the 3rd semester, where you can fully max out the Faith Confidant. 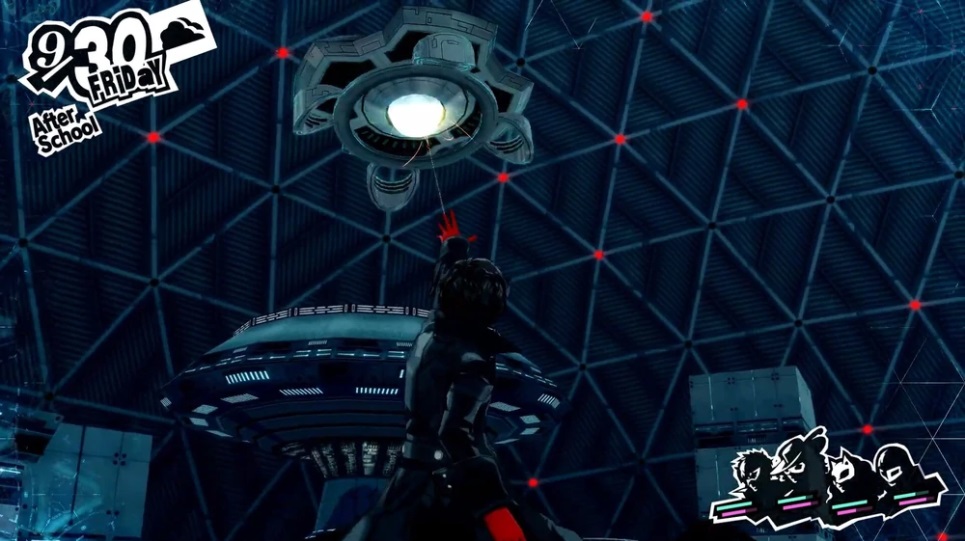 The Faith Confidant offers gymnastics abilities during the first 5 ranks.

Rank 2 gives Joker the Tumbling bonus, which allows him to potentially avoid an ambush by an enemy Shadow if he has failed to hide/run away in time. While Tumbling is not a 100% guarantee, it happens often enough that it can potentially prevent a dangerous situation from occurring, though this only happens in Palaces and not Mementos.

Guide To The Faith Confidant

Question: Is there a deadline for completing Kasumi’s Confidant?

Answer: The cut-off date is December 24th for Persona 5 Royal, but if you haven’t maxed out the Councillor Confidant by November 18th, you won’t be able to progress past Rank 5.

Question: Is there anything special about Kasumi’s Confidant?

Answer: Kasumi’s Confidant is special in that Rank 5 will be the maximum Rank you can achieve before December. It is not required to complete the Confidant for the 3rd semester, but it is highly recommended.

Question: Are there any benefits to romancing Takemi?

Answer: Gameplay-wise, you do not get any different abilities or benefits from the Confidant if you romance Kasumi.

Question: Why doesn’t Kasumi have a benefit for New Game Plus?

Answer: The Faith Confidant is one of two Confidants that cannot be met at the end of March, even if you have fully completed the Faith Confidant. Kasumi has no item that gives a benefit for New Game Plus. All of her bonuses must be obtained from scratch.