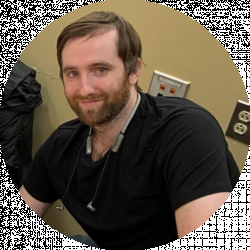 Eric Parker
Eric is a content writer and an avid JRPG gamer. He is a certified Persona fan and has been playing the game for a long time. She enjoys being the hero of his own story and checks out different endings. He loves those fantasy, open world, and narratives. He offers guides and character bios surrounding this amazing series.

Fuuka Yamagishi is represented by the Priestess arcana in the different versions of Persona 3. She is a Persona character that appears as the victim of bullying and an honor student, she has seen how dark people can be. Yet, because of the nature of the world, Fuuka maintains her humanity and a sweet facet to her personality.

The ones affected most by the worst of the world often end up shining brightest in its adversary, which fits Fuuka to a tee. Fuuka is a prominent party member of the Specialized Extracurricular Execution Squad, or S.E.E.S. for short.

Fuuka has teal hue hair that isn’t long enough to touch her shoulders. She has greyish-brown eyes and typically sports the Gekkoukan school uniform. Her outfit variation is based on her hair color since she wears a matching turquoise-teal turtleneck beneath the uniform.

The undershirt is only visible from where they protrude from the sleeves near her hands and where it comes up around her neck. A red S.E.E.S. band is worn on her left arm over the uniform. Fuuka also wears a school skirt with white tights with black shoes. White ribbons are hanging from the sleeves of her turtleneck near her wrists. 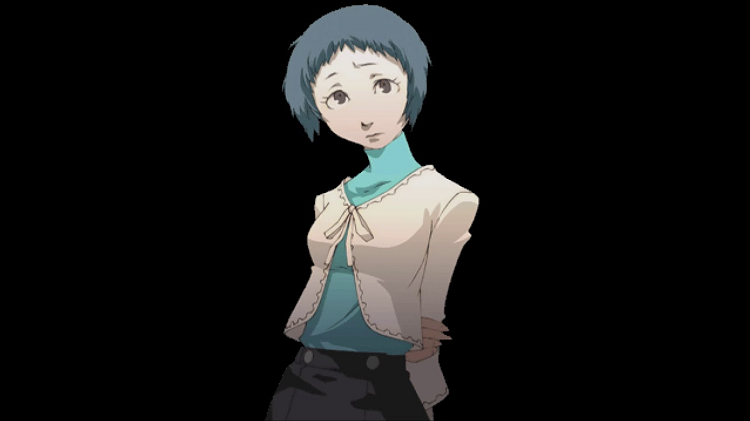 You will meet Fuuka automatically through the story on June 8th. She is mentioned sooner when Akihiko talks about a new Persona user who probably isn’t fit for battle. He does name Fuuka, but it will be almost nine or ten days before you come face to face with her.

As previously stated, Fuuka is the victim of bullying by Natsuki Moriyama and her friends. Their bullying leads them to lock Fuuka in the school gymnasium at the end of May. Fuuka stays contained until the dark hour starts and gets trapped and lost within Tartarus. As S.E.E.S. realizes this, they go into Tartarus to look for her, to no avail.

Because Fuuka was lost in a specific part of the school, the gang decides to enter that section directly instead of attempting to navigate the labyrinth of Tartarus to find that section.

Considering how quick the party is to weaken in just one night of exploring Tartarus, the odds are stacked against them finding someone who has been trapped there for over a week.

Eventually, S.E.E.S. comes face-to-face with Fuuka, who tells them she has been avoiding shadows because she can tell where they are. Akihiko hands her an evoker, and the party navigates out of Tartarus together.

Unfortunately, Mitsuru Kirijo is under attack and hurt when they arrive at the entrance. Natsuki walks into the room suddenly to apologize to Fuuka, ignorant of the danger of the giant attacking Shadows.

In an actual show of character and an attempt to protect Natsuki, Fuuka puts the evoker up to her head and pulls the trigger. Then, she summons her persona, which forms around Natsuki and herself.

At that moment, Fuuka realizes that she can sense the weakness of these giant shadows. So, as the S.E.E.S. party fights, Fuuka begins her role as the team navigator. Thanks to her persona, she can sense nearby shadows, treasure, and provide support in battle.

When Fuuka first awakens to her persona, it is in the form of Lucia. This persona has a red face that is surrounded by white bandages. Silky blond hair waves behind her, and she wears long pink gloves with a matching corset-style top. A giant sapphire orb exists where her legs would be, which Fuuka typically stand in to scan her surrounding.

Lucia’s orb has an ornate gold sphere that connects to a long bell-shaped pink dress. The actual bell part wraps around the back of the orb and flows there. 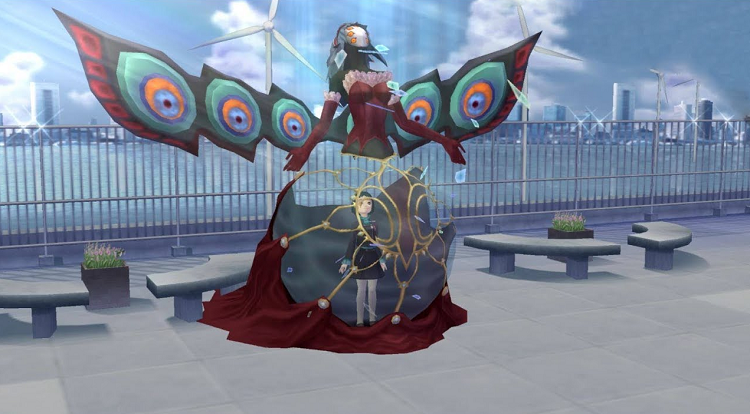 Although it changes to a blood-red color, Juno’s dress shape stays very consistent with Lucia’s. Instead of the red face, it has turned white and is adorned with seven yellow eyes and red pupils. The most significant addition is the appearance is what looks like detached wings with three eyes on either side. It is very reminiscent of how a moth’s wings can look like eyes.

Juno’s orb resembles stained glass, with a flower shape in the middle. Her corset and gloves now have white ruffles lining the top of them, and she wears a small bonnet on her head. Once again, Fuuka uses the inside of the orb to navigate and scan the surroundings.

Fuuka doesn’t hate anyone. She is too kind for that. Natsuki is not only forgiven for bullying her, but Fuuka awakens to protect her. I like to think of Fuuka as a sweet girl who is tragically forced to witness bad things happen to the people around her.

While she is typically reticent, the people who get to know her are consistently impressed with her intelligence. Fuuka doesn’t like to impose on people but has a deep desire to care for everyone around her. This includes the main character (MC) and female character (FemC) in the PSP remake.

Fuuka is often apologizing to the MC. Like many humans, she is discouraged when she isn’t immediately good at something. A pang of guilt seeps into her when she thinks that she is being a pest in her friends’ lives.

Fuuka suffers from the pitfall of wanting to always be of assistance, and even when it is enough to the people around her, she still feels she hasn’t done enough. When talking to a person like Fuuka, just letting them know that they are appreciated for the little things goes a long way for their motivation.

I sometimes think Fuuka talks to keep the silence from getting awkward. Occasionally, she will tell you fun facts that she realizes too late are inappropriate for the situation. I personally love this about her because a lot of people do this. However, when Fuuka catches herself in this process, she becomes a blushing mess.

She is so afraid that people will judge her or that she will ruin a moment that her insecurities coalesce into a myriad of apologies. I think she is written all the more genuine for possession of these traits. 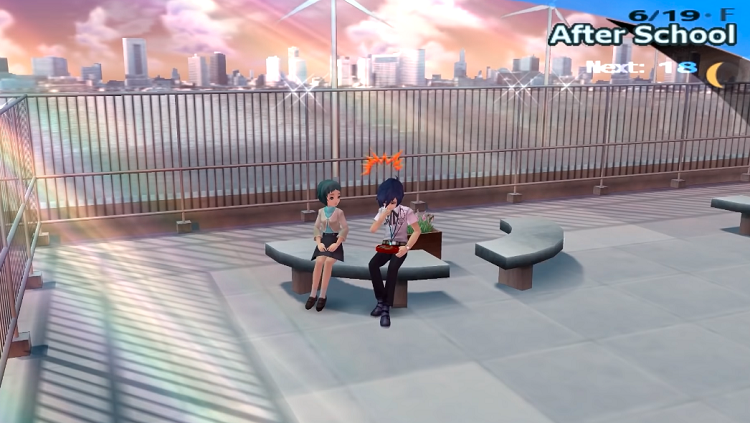 Fuuka and her persona are not designed for battling, so she will not be an active party member like the other characters. Instead, she will be commenting on the things happening while fighting shadows. The idea is she may not be direct with you, but Fuuka can watch from a safe and remote distance.

Her voice travels throughout Tartarus, so she can always give you advice in real-time. Fuuka makes a great navigator because she is concerned for all the members of S.E.E.S. Her voice inflections capture that sentiment and portray the emotions she feels toward them.

Atlus chose to create a supporting character that, to a fault, can not do enough for her team. It is an admirable trait and a significant reason getting a game over feels so awful.

Considering how heartbroken Fuuka would be if she lost the MC was a major reason to keep playing the game. The unpredictable advice she gives the first time you see specific status ailments can save the S.E.E.S. team’s lives while preventing game overs.

***This guide is for the original and F.E.S. version***For the PSP Remake: Look Below***

Fuuka can be found near the second-floor bathrooms starting in June on Monday, Friday, and Saturday. To be able to begin the social link, you will need to level up the main character’s courage stat to the max: badass.

Also, make sure to be carrying a Priestess arcana persona in the main character’s persona list to get maximum points for the correct responses to Fuuka. This Fuuka Yamagishi guide will only list prompts that have prompts that are worth points.

Fuuka’s social link revolves primarily around her learning to be a better cook. When you already have the grades, a kind heart, and nothing to do, I guess cooking becomes your Everest.

MC will be the guinea pig for all of her culinary experiments. While there are a lot of jokes about her inability to cook, she is only learning so she can make S.E.E.S. food in the dorms from time to time. She cares enough about her team to look for unconventional ways to help them out, and she should be commended.

Just like all the other social links, ranking up Fuuka as the Priestess arcana will power up your Velvet Room fusions. The higher her level, the more experience your priestess arcana persona will receive when you fuse them. Doing that will allow them to learn skills faster and give you the edge in shadow battles. 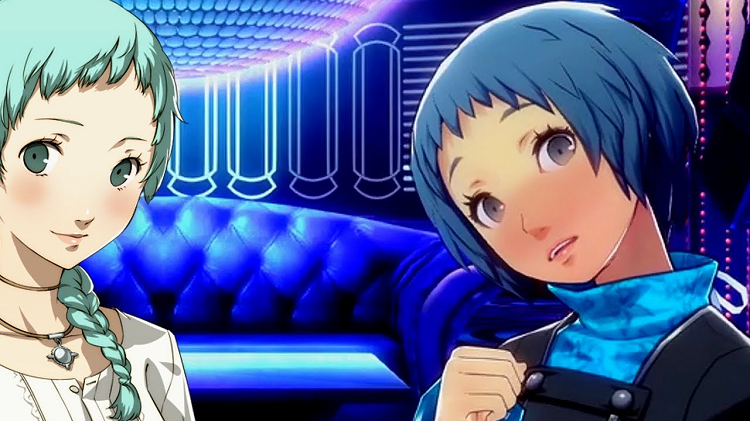 Unlike later Persona games, the characters will naturally fall in love with MC. You don’t have to say the right thing to choose to romance them like in Persona 4 or 5. If you have a high enough social link, you choose who you want to go on dates with as they come up.

Fuuka is a woman tormented by anxiety and inadequacy issues. Her story revolves around her overcoming these self-imposed shortcomings. She wears a feminine mask, but deep down, she loves things considered masculine.

She will give the MC the Headphones key item when completing her social link. Fuuka made them especially for you in mind, so you better take care of them! You will also be able to fuse Scathach in the Velvet Room. 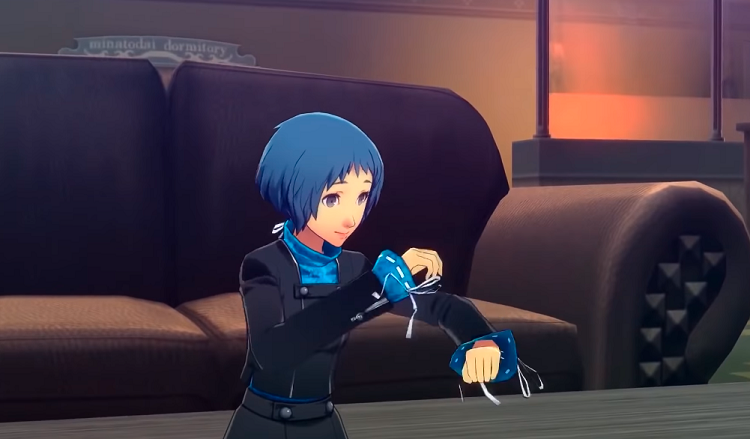 This confidant will work a little differently with FemC. First, Fuuka’s availability is changed to Monday, Thursday, and Saturday. Fuuka will also not be a romance option (but she is still a great friend).

FemC and Fuuka work together to become better cooks. Their story isn’t too different from the MC’s. However, the FemC storyline has a lot more options worth extra points.

Question: How Old is Fuuka Yamagishi?

Question: Which Club is Fuuka in?

Answer: Funny enough, Fuuka is in all the clubs. Actually, she is in whichever club you choose. Fuuka also starts the cooking club, which you will be the second member of when you start her social link.

Answer: No. Some party members do, but Fuuka is not one of them.

Fuuka Yamagishi is a pessimist by nature. However, through her interactions with MC and FemC she learns to view the world with a more positive outlook.

She admits it has been a massive issue throughout her life, but she is learning to live with it. The trauma from being bullied washes away by the end of your time with her. Fuuka evolves into a woman who is not afraid to take the chance on a brighter future.

Fuuka looks up to MC because he is the antithesis of her trauma. He is popular, gives people hope, and does this without a superiority complex. It is no wonder that she falls so profoundly for the MC.

Because S.E.E.S. rescued her, she feels indebted to them. It takes her a long time to realize that the club doesn’t see it that way. Fuuka is unaware that she has become a close friend to each of her dormmates.